Blurring the Lines of Reality

Planar LED solutions have been longtime staples in major network studios around the globe thanks to their superior on-camera visual performance, installation flexibility and ability to profoundly impact the viewing experience. The success of on-camera LED display technology in professional, live broadcasting translates well to other areas of film, advertising and corporate video.

Many modern film and television productions are turning to Live LED Wall In-Camera Virtual Production. Often producers need audiences to feel like they are somewhere else. Whether it’s a dense jungle, a sprawling desert or a distant planet, it’s not always feasible for production crews and equipment to pack up and film on location. While green screens and post-filming CGI have admirably addressed this issue for years, that technology is limited and can lead to green screen fatigue for performers and viewers. Specially designed Volumes—stages for performance capture—with technologies such as real-time game engines, motion tracking and LED backdrops can trick the eye in real time and virtually create a location. They allow perspectives and scenery to shift with perceived movement that appears true to life.

Planar LED video walls and floors scale to any size and offer small pixel pitches that enable high resolution images, giving actors and performers realistic on-screen content to look at and engage with, improving their performance. LED video walls and floors blend well with tangible foreground set props, making it harder for the audience to know the background isn’t “real.” Plus, LED technology can provide Virtual Lighting for a scene, or reflective light, so light doesn’t need to be digitally added in post-production. 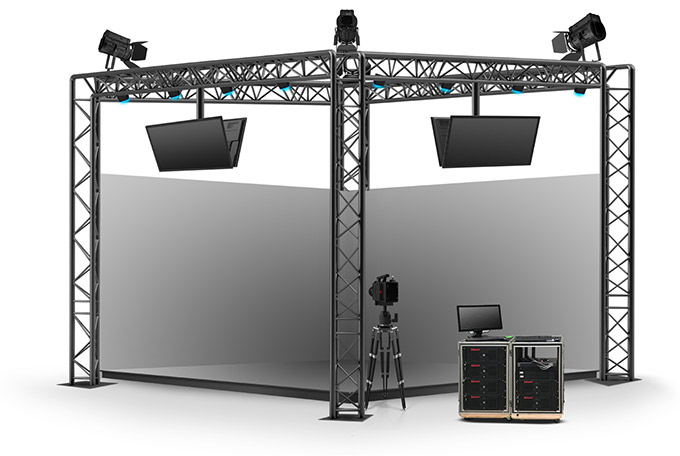 Advanced stages aren’t just for major motion pictures. Film sets can be enormous, but with Planar LED video walls and other technologies, like OptiTrack motion capture from Planar’s sister company NaturalPoint, it’s easier than ever to make a smaller stage appear much larger than it is. Background image movement on a relatively small L-shaped LED video wall and an LED floor can virtually expand the physical environment for smaller productions such as television shows, advertising, music videos and broadcasts.

Because Planar LED display solutions support studios of any size or shape with options for hanging, standing and wall mounting, other applications are increasingly using smaller volumes with LED solutions. The literal and unique flexibility of some Planar LED displays enable studios to create smooth convex or concave curves like LED domes and caves, while others also offer single-person set-up and teardown for studios that need mobility.

Professional broadcasters and video producers are adding augmented reality to their productions. Modern gaming engines and other technology enable them to insert elements onto viewer’s televisions that look like 3D elements that are in the studio. While impressive on their own, these graphics can be supplemented with a large backdrop built from an equally high resolution Planar LED video wall or floor. On-camera talent can see these backdrops and real-time imagery, helping them understand what the audience is seeing. Additionally, when a 3D AR elements apparently burst from the video wall, it heightens the viewers’ experience.

A market-leading offering of LED video walls with a wide range of pixel pitches, resolutions and applications 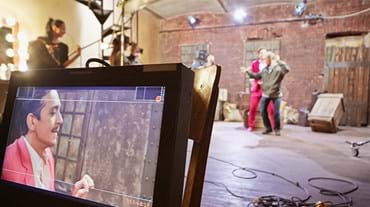 Planar LED solutions pair well with other modern virtual production technologies such as motion capture and real-time game engines to speed video production, aid performers, and ultimately improve viewer experiences. In real time, people on-set can see the scenes and movement that would have previously appeared post-filming, and can adjust direction accordingly. 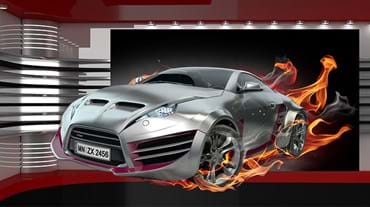 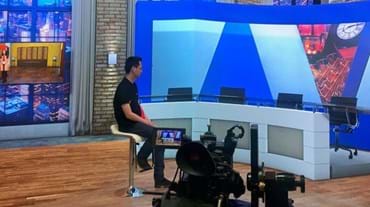 Today everyone is a broadcaster, and viewers expect high quality. For an organization to deliver a professional look and feel, it’s critical to use proper stages equipped with high resolution Planar LED video walls. They thrive in smaller spaces with up-close cameras due to their fine pixel pitches and are the perfect backdrop for detailed presentation content.

LED Video walls with pixel pitches less than 2 millimeters look best on camera as individual pixels are nearly indistinguishable, even from close distance. As a global leader in reliable fine pitch LED technology, Planar has proven to be the partner of choice for many organizations including major broadcasters. There is a Planar LED solution to fit any virtual studio need.

Planar not only has the right LED solutions to support virtual production, but the Planar® Creative LED Solutions and Services team can also help design the right set, stage or studio for any virtual production. The team can provide product recommendations as well as studio drawings that will paint an accurate picture of the finished studio.

Planar's U.S.-based support and product expertise ensure faster service from the quote on. From industry-leading product warranties, including the Planar® EverCare™ Lifetime Limited Warranty to the Planar® EverNew™ Managed Service Program providing a leasing options for studios that don’t need a permanent solution, Planar is the display partner of choice for virtual production.

Have questions? We have answers!

Get answers about Pricing, Specifications, Installation, and more