The Wilbur O. and Ann Powers College of Business at Clemson University has a new state-of-the-art facility that has been compared to a think tank environment. Completed ahead of the 2020-2021 academic year, the 176,000-square-foot building brings students, faculty and industry together in a collaborative and inspiring space fitted with forward-thinking tools and technologies that represent the way 21st century students participate in learning. Among the many high-tech features of the new building is an impressive collection of 126 LCD displays and two LED video walls from Planar. Visualization technologies are located in classrooms, huddle spaces, team rooms, sales laboratories, conference rooms, a large auditorium, the Dean’s executive boardroom and other areas. 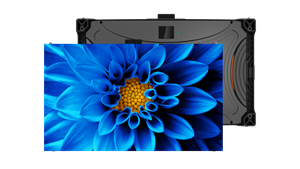 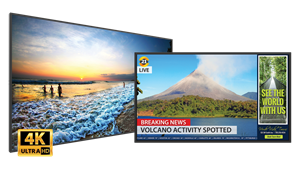 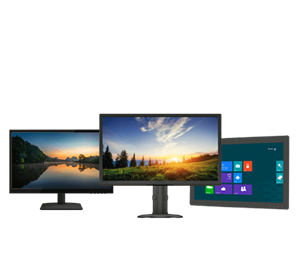 The Wilbur O. and Ann Powers College of Business at Clemson University has a new state-of-the-art facility that has been compared to a think tank environment. Completed ahead of the 2020-2021 academic year, the 176,000-square-foot building brings students, faculty and industry together in a collaborative and inspiring space fitted with forward-thinking tools and technologies that represent the way 21st century students participate in learning.

“The building was designed from the ground up as an ultra-collaborative space,” said Paul Borick, project manager for capital projects at Clemson University. “The design solutions throughout the facility—both physical and digital—are intended to promote interactive learning among students. That was the driving force behind the project.”

Among the many high-tech features of the new building is an impressive collection of 126 LCD displays and two LED video walls from Planar.

“The displays support collaboration and accommodate a wide variety of instructional approaches,” said Jim Hildreth, TSAV chief of staff and design project manager. “Planar products are applicable to both traditional and active learning environments and translate to every classroom in the building in terms of distant learning, lecture capture and web conferencing.”

The project represents another large deployment of Planar technology at Clemson University. In 2016, nearly 200 Planar displays were installed at the Clemson Watt Innovation Center. According to Borick, Clemson is a happy repeat customer. “The Planar displays in the Watt Innovation Center are working great and are the primary reason we chose them again for the Wilbur O. and Ann Powers College of Business,” he said.

Planar was also selected for the current project owing to the visual performance of the displays and the ability for the product line to fit a diversity of use cases within the facility, Hildreth said.

“The displays offer wide viewing angles and clear text legibility, but most importantly with this project was the brightness of the displays, which was key for addressing the high amount of ambient light in the building,” Hildreth said.

“We had to be mindful of that condition in the context of recording and lecture capture, but also in the context of students’ visibility and to not have to worry about things like eye strain. When this building was planned, a lot of attention was paid to the ergonomics of being a student which influences retention.”
While the vast majority of digital solutions were specified for cutting-edge learning and instructional uses, a Planar UltraRes Touch 98-inch 4K LCD display installed at the Erwin Center for Brand Communications has an entirely different purpose—to engage visitors and generate interest among prospective students.

Located on the first floor near the main lobby area, the display serves as a showpiece for the College of Business, Hildreth said. “The technology is used as a tool for interactive storytelling and recruiting.”

“The auditorium has an elegant finish and a beautiful, intricate ceiling—a projector on a lift just didn’t fit with the room’s aesthetic design,” Hildreth said. “We consulted with Planar and got a solution that not only worked architecturally but was palatable in terms of the budget when you looked at integration costs, ongoing costs and the cost delta between the two different solutions.”

Borick said, “The LED video walls provide more opportunities for using the space. The picture is seamless and visually impressive. A projector wouldn’t have had the same effect in the room for many reasons.”

TSAV evaluated several display technology manufacturers and chose Planar for the project based on several different metrics. “Planar display solutions fit the technical requirements and provided the biggest return on investment,” Hildreth said. “We established criteria based on brightness, warranty and the overall total offerings. Planar had everything we needed and was within the cost conditions.”
Planar also provided engineering support on the front end that was invaluable, Hildreth added. “That was critical in making the decision to bring them on as a partner. We felt confident leading with Planar as a solution platform for the project.”

About the Planar TVF Series

Planar TVF Series is a family of fine pitch LED video wall displays with front serviceability and a creative stackable design that reduces the complexity of installation. Offering a profile of less than three inches and removing cabinet-to-cabinet cabling, the Planar TVF Series eliminates cabling clutter and the need for extra space around the video wall.

About the Planar UltraRes Touch

Combining stunning 4K image clarity with 32 points of multi-touch, the Planar UltraRes Touch provides four times the resolution of Full HD and makes it easy for multiple users to collaborate and interact at the same time.

About the Planar QE Series

Planar QE Series is a line of Ultra HD resolution (3840 x 2160) LCD displays that support native 4K resolution at up to 60Hz via HDMI 2.0 and DisplayPort 1.2, enabling smooth motion video and mouse tracking.

About the Planar Simplicity Series