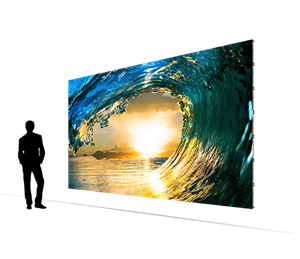 From September 25 to October 9, the 2016 China Open witnessed the debut of the National Tennis Center of Olympic Forest Park. Leyard played a critical role in bringing high impact visual elements to this sporting event and the world stage. LED video wall displays (5mm and 10mm pixel pitch) provided by Leyard measured 700 square meters (7,534 square feet) in total and were a critical part of the event.

At the 2016 China Open, the ATP superstars came together, including the singles winner, Britain’s Andy Murray and Poland’s Agnieszka Radwanska. Others playing including Novak Kjokovic, Rafael Nadal, Milos Raonic, Monica Puig, Belinda Bencic, and the American Venus Williams. The tournament organizers used the slogan “My Court” to illustrate that in the field of world-class athletics a stadium like the new National Tennis Center can make every one a winner. It’s everyone’s home court.